NEEL-TRIMARANS > Why a trimaran NEEL > Performance 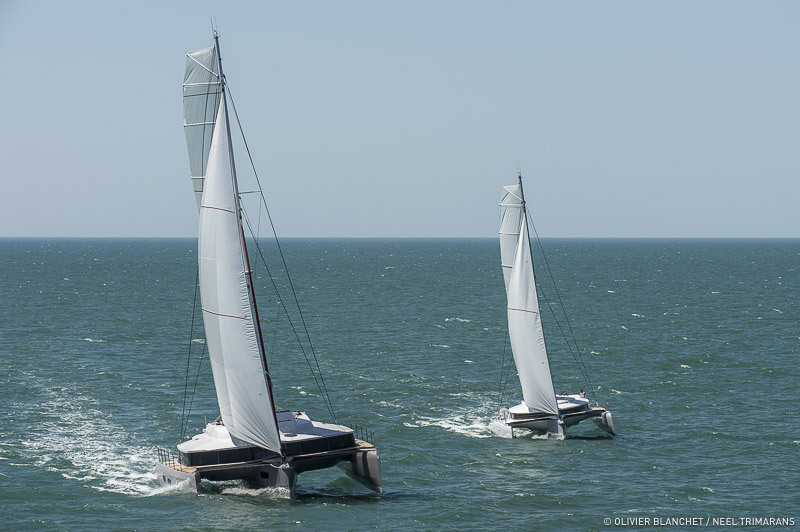 The trimaran NEEL is faster than catamaran:

As shown in offshore racing, the trimaran is significantly faster than monohulls or catamarans. This is also true for cruising trimarans, as proven by the last ARC rally won by a NEEL 47.

The superiority of the trimaran is even more obvious when sailing upwind, especially due to the rig:

This configuration, as per a monohull, allows for a rigid forestay and good performance up-wind.

Performance is also enhanced by the centered weight.

The extra speed of the trimaran is an additional safety factor.

The finesse of the steering is a feature highly appreciated by owners of NEEL-TRIMARANS, especially those who have previous experience on high-performance monohulls. This feeling at the helm is a combination of several factors: 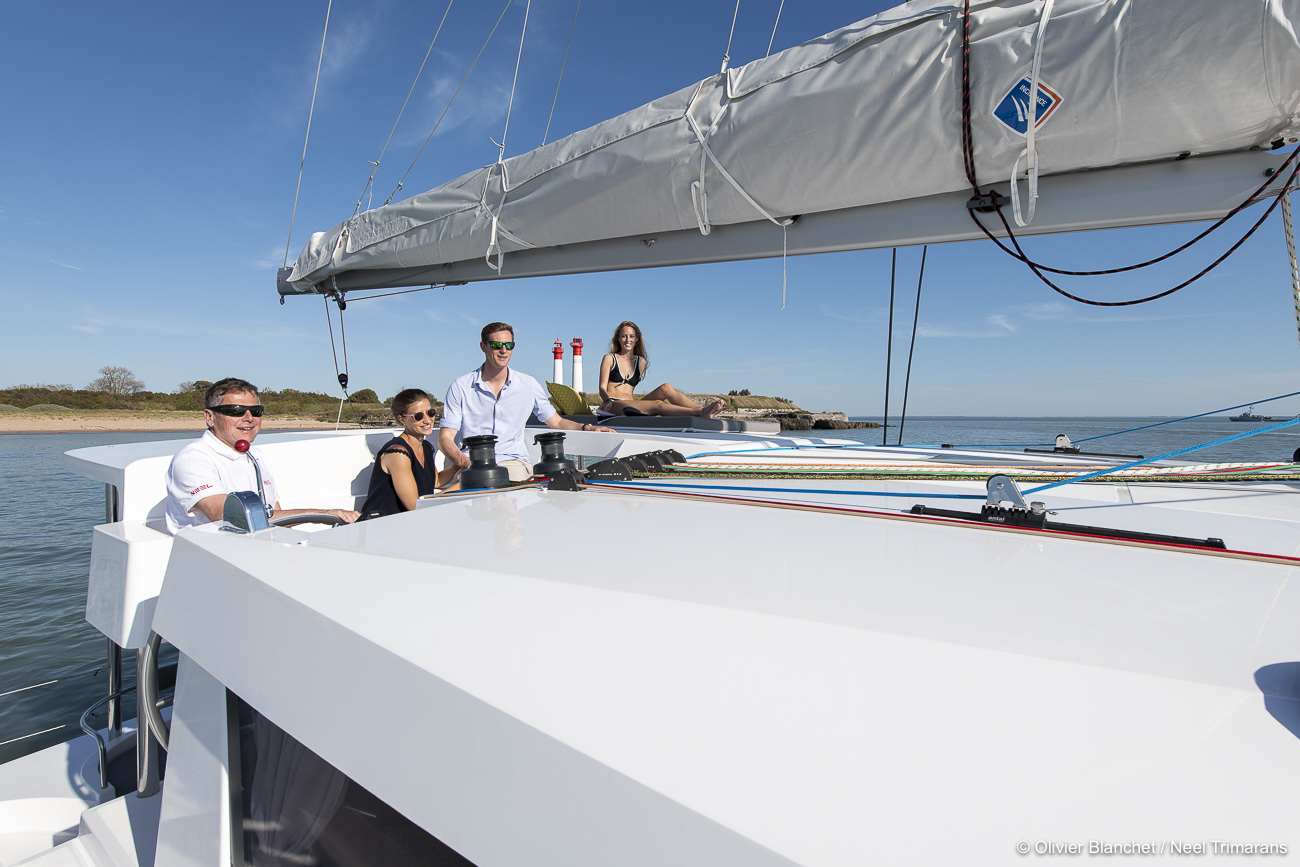 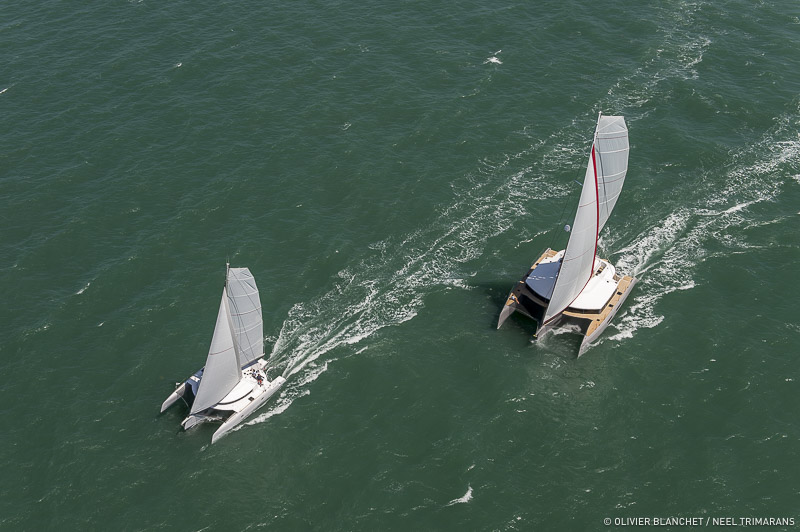 With an average cruising speed of around 10 knots, over 200 nautical miles are easily achievable each 24 hours. Speeds from 15 to 18 knots are often reached when the breeze freshens.

Weight centering is managed in order to limit pitching. The centre hull is rockered to facilitate tacking.

Floats are of a stretched form to privilege directional stability and advancement of the centre of buoyancy as a function of sail loading. The rigging is directly derived from racing trimarans, thereby achieving full cruising speeds up to  twice as fast as conventional cruising yachts.

The sail surface area is generous with some 17m2 per tonne.

Finally, the trimaran configuration also facilitates sustained speed under motor propulsion. The low prismatic coefficient of the central hull means drag is very weak. The side floats are only very lightly in contact with the surface of the water.